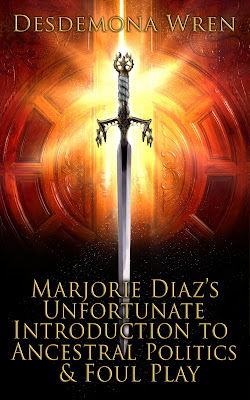 Tagline: Marjorie Diaz is being hunted by a powerful magical family that will stop at nothing to kill her.

Marjorie Diaz has been marked for death.

After her relationship with Patrick Watkins ends, Marjorie discovers that everyone in her life has been lying to her. Even her best friend, Lucian Maravalle.

Now, Marjorie is being hunted by a powerful magical family who will stop at nothing to kill her.

Lucian and her family have sworn to protect Marjorie from these nightmarish beasts, but Marjorie isn’t sure she can trust them. They keep secret after secret and, even after Marjorie has begged for them to tell her everything, they continue to keep her in the dark.

Marjorie struggles with her own mortality as she embarks on a futile journey to remain alive and reason with the beings that are hunting her.

She finds out the hard way that humans don't matter on the other side of the veil. Unless Marjorie has something of use to offer, she's better off dead.

Book 2 in the Marjorie Diaz Series.

Marjorie sucked in a breath, sitting up so quickly her head spun.
“Oh, my God,” she gasped, clawing at her throat and chest. “Oh, my God.”
The room around her was pitch black. She couldn’t see anything beyond her face, which was disorienting. She raised her hands, waving them around to try and focus on something in the inky blackness. She could just barely see them moving in the dark. So she wasn’t blind, at least. That was good to know.
She looked around the room; the sigils no longer shone around her. There was no eerie green glow to light her way through the room. She turned on the bed, nearly teetering over the edge when the mattress was no longer as large as she remembered.
“Wha?!” she exclaimed, catching herself and straightening up. Her back hit the edge of something soft and she turned around, blinking at it. She pressed her hands against what she thought were large pillows, only to realize she wasn’t in a bed at all. This was a couch.
She stood up immediately.
“Marjorie?” a familiar voice asked, a light flipping on overhead.
Marjorie whirled around, finding Angeli in the doorway to his bedroom. He was shirtless and dressed in loose sleep sweats. He scratched his head and yawned.
“Welcome back to the land of the living,” he said with a lopsided grin.
Marjorie narrowed her eyes.
“I’m still here?” she asked.
“You’re still here, darlin’” he responded, flashing her a grin. “You passed out for a few days. I was actually worried you were dead for a little while there.”
“I...never left?” Marjorie asked, confused. “I’ve been here? Passed out? For days?”
Angeli gave her a weird look. “That’s what I said,” he informed her, speaking slowly. “You okay there, baby girl?”
Marjorie had no idea if she was okay. The pain she’d felt in those dreams...returning to her apartment to find Lucian and Emmanuel there...how had that all been the same dream?
She groaned. It was too early in the morning for her to even be worried about this. Or late at night? She didn’t know. Her head throbbed.
“Marjorie?” Angeli asked, drawing her attention back to him. “You okay?”
“I have no idea,” Marjorie said honestly. “I...just...I feel weird. Like, weirder than usual. I think it’s safe to say that I am definitely not into whatever the hell that was.”
Angeli laughed. “That’s probably normal,” he said, shrugging.
Marjorie glowered at him. “I don’t have time for this,” she griped. “I need to go home.” She scrubbed her hands over her face. “I need to sleep in my own bed and I definitely need to shower.”
“Why not just shower here?” Angeli asked, tense. “Before you wander out into the streets of New York? You’ve been passed out for two days.”
Marjorie shot him a look. “I would rather shower in my own apartment, thanks,” she snapped. “Who in their right mind would shower before braving the streets anyway? I’d much rather rinse the filth of the city off and change into some nice pajamas, then never leave again. Ever.”
“I’m not sure it’s safe for you to wander around Brooklyn at 3am,” Angeli said. “That’s all.”
Marjorie checked the clock on the wall. “That clock says 5am,” Marjorie countered. “I think I’ll be fine with the morning commuter crowd.”
“That clock is wrong,” Angeli said quickly, edging toward the door.
He was acting weird. All his normal nicknames and sickly charm were gone. It was like there was something he wasn’t telling her.
Alarm bells went off in her head.
“I need you to let me go,” Marjorie said, watching him warily.
“I’m not keeping you here,” he responded as he moved himself between her and the door and squared his shoulders. He looked like he was getting ready for a fight.
“What do you mean you’re not keeping me here?” Marjorie asked, jaw clenched.
“Exactly like I said, I’m not keeping you here,” Angeli repeated, crossing his arms.
“If not you, then who is?” Marjorie pressed, eyes narrowed.
Angeli’s lips cracked open in a slow, sinister smile.
A shiver ran down Marjorie’s spine. That couldn’t be good.
“I thought you’d never ask,” another voice said from behind her. The hairs on the back of her neck stood on end and it took all the strength in her body to keep her knees from buckling.
The source of the voice moved forward, his footfalls soft on the rough gray carpeting of Angeli’s apartment. When he stood behind her, Marjorie could feel the heat coming from his body and her stomach flipped and gurgled.
“Hello, Marjorie Diaz,” he said. “I believe we have a lot to talk about.”
Marjorie turned her head slowly, her skin erupting in goosebumps and frightened tears prickling in her eyes.
“Patrick,” she gasped. 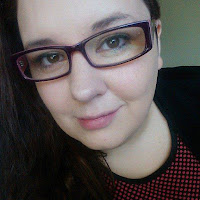 Desdemona Wren is an urban fantasy and science fiction author who writes gay fiction with monsters, witches, and fantastical plots. She's from Seattle, WA, but currently resides in the mystical land of Northern California. Where everybody wears coats all the time, nobody says 'brah', 'bruh', 'bro' or any variation of that word, and absolutely nobody surfs.

She has two cats named Oliver and Ophelia who have traveled the world. From The Great Smoky Mountains, to the tallest peaks of The Cascades, and even to the Grand Canyon; they've been everywhere. 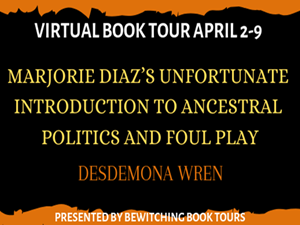