This post is part of a virtual book tour organized by Goddess Fish Promotions. Megan Slayer will be awarding a prize pack featuring a necklace made by the author to a randomly drawn winner via rafflecopter during the tour. Click on the tour banner to see the other stops on the tour. 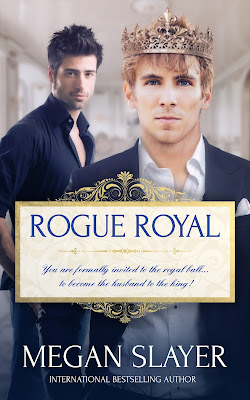 You are formally invited to the royal ball…to become the husband to the king!

King Charles of Lysianna needs a husband and fast. He’s up against the biggest time crunch of all—a royal decree stating he must marry or lose the crown. It’s already December and he’s running out of time. Throwing a royal ball to find a suitable man for the role of husband seems like the king’s only option…until he meets Nathan. This royal has always done things his own way—and maybe now it’s time to go rogue.

Nathan Pratt doesn’t want much from life except to raise his son and be happy. Dating isn’t on this single father’s radar until he sees Charles in the castle solarium and his heart goes out to the sad-looking man. Once he meets Charles, he starts to think love might be possible. There’s just the small issue of Charles being the king…

Will Nathan be able to handle the glare of the spotlight with Charles beside him, or will the notoriety that comes with dating a royal be too much?

Reader advisory: This book contains scenes of gunshots as well as the threat of kidnapping. This book is linked to Runaway Royal.

The man, though, caught Charlie’s attention. The coat covered his frame, but he appeared trim and Charlie liked the way the slight winter breeze caught in his dark hair. He had a thing for dark, brooding and handsome men. Was this one brooding?

“Do you believe you’ll find a husband before the deadline?” Lady Teresa asked. “Are you aware Lender believes he’s next in line to the throne?”

Shoot. He needed to pay attention and not watch the guy outside. “I’m confident I’ll find someone, although I believe this decree to be out of date. A ruler should be permitted to choose a worthy partner on his or her own timeframe.”

“And Lender?” she asked.

“Has no connections to the crown. He’s not in line.” Not if he had anything to say about it.

Spencer nodded behind her. “Is that your last question? The king is very busy and needs to attend to the planning of the Christmas Ball.”

“One more,” she said. “What would you like to tell our readers and your loyal subjects? Any words of wisdom?”

“Yes, I appreciate every one of my subjects and I’m endeavoring to do what’s best for all of them. We are a proud nation and should be proud to be of the kingdom of Lysianna. I am both humble and proud to be your leader and hope to be for many years to come.” God, he needed to work on his speaking skills.

“Thank you.” She stood and shook hands with him. “It’s a pleasure to have interviewed you. So easy.”

“You’re welcome here any time. Thank you for interviewing me.” He stood and watched the team pick up the gear. At least she hadn’t begged him to pose in his crown.

He waited until the crew and interviewer had left, then settled on the chair again. “Spence? Anything else? I need a break.”

Spencer checked the tablet. “You have a meeting with the planning commission for the Christmas festivities. They wish to show you the itinerary for the royal celebrations and will want to incorporate the ball into their plans. They’ve got in mind a rather large bash for the New Year portion of the celebrations.”

“Of course.” He folded his arms and looked out of the window again. “Who is the guy with Emmett? Is he new?”

“Him?” Spencer rubbed his chin. “That’s Nathan Pratt. He works as a tutor and with archives. Seems bright and fair. I’m not sure if he’s gay, but I was told he’d used a surrogate to have his son. The surrogate is one of your subjects, so since the child is half-Lysiannan, Nathan was permitted to live here as he raised the boy.” He eyed Charlie. “Do you wish to meet him?”

“Maybe.” He wasn’t sure if he wanted to make a move. Still, Nathan was handsome in a faraway manner. He must be decent enough with kids if he had one. But would he be dazzled by Charlie’s role as the king and not genuine? 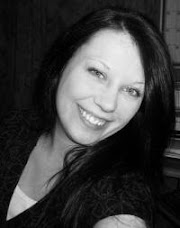 When she’s not writing, Megan spends time with her husband and son as well as three dogs and three cats. She enjoys art, music and racing, but football is her sport of choice. She’s an active member of the Friends of the Keystone-LaGrange Public library.