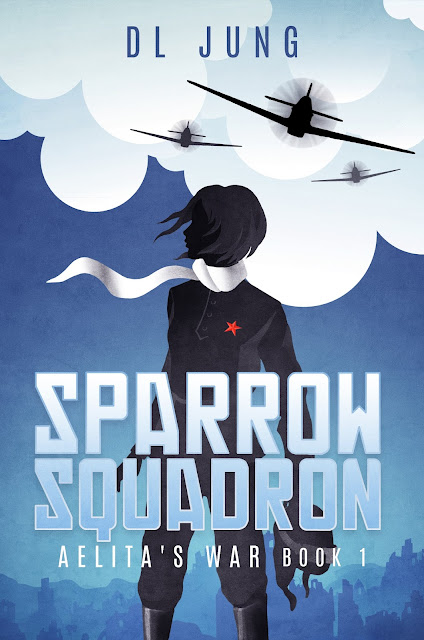 "There was a time when flying didn't mean looking over my shoulder for death coming at me."

Escaping her hometown ahead of the Nazis, 16-year-old Aelya Makarova seizes a chance to live her dream. Obsessed with flying, she joins a women's fighter squadron to defend her homeland against the invaders. She'll go faster and higher than she's ever gone before.

But the harsh reality of Air Force life shatters her expectations and forces her to grow up fast. The squadron is split by petty rivalries, male pilots treat them like a joke, and the ideal country she thought she was fighting for doesn't really exist.

Finally given a chance to prove herself in battle, Aelya is pushed to breaking point. With all her talent, the help of her comrades, and a lot of luck, she might just make it through. But will there be anything left of her humanity?

With fast-paced action and a heart-rending mix of humour and tragedy, Sparrow Squadron is an adventure novel for young adults that brings an overlooked episode of history to life.

DL Jung has been an enthusiastic student of history since grade school, when he spent lazy afternoons flipping through an old Encyclopedia Britannica set. He enjoys blogging about history and writing historical fiction. He also writes fantasy and horror fiction as Darius Jung.

Jung is married, with two children, and lives in Toronto, Canada. They are lucky enough to spend part of the time in New Zealand. Outside of writing, he has tried stints as an industrial engineer, a film and TV script supervisor, an IT consultant, a professional game show contestant, and a grossly under-qualified business wear model. Sparrow Squadron is his debut novel.