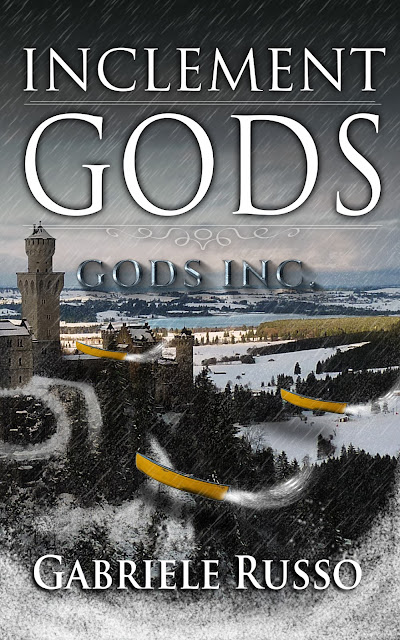 When you live in a world pullulating with gods, can you truly be an atheist? Well, yes…if you know a way to get rid them.

Mysantheos, a fanatic atheist at the head of a powerful lobby/terrorist organization, has created a weapon able to kill gods. All he needs is a disruptive figurehead to attract the masses. Goblin, who has just tried to supplant Queen Louhi as CEO of Gods Incorporated, has been deemed the right kind of unworthy. Mysantheos breaks him out of the Queen’s prison and the godslaughter begins.

As the divine bodies pile up, panicked gods blame the CEO Queen for Goblin’s escape. Resentment builds in the company and violent factions start pushing for the extermination of the human race. Will Queen Louhi’s Nerd Squad, a group of angry gods, and Richard (a down-on-his-luck private eye),  manage to find Mysantheos in time to prevent what promises to be the bloodiest conflict between men and god ever? 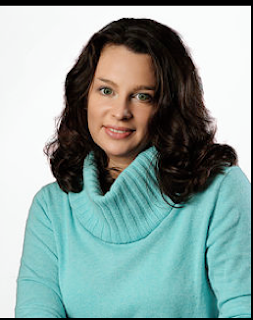 Gabriele Russo, AKA Lucie-Gabrielle Jolicoeur-Rousseau, was born in Quebec City amidst a family of book lovers – her father had dreamed of being a writer and both of her brothers are published authors.

Since she earned her Bachelor’s in History, it was no surprise (except to her) that she ended up working in restaurants, eventually owning two, which almost drove her mad. She sold them and was nursed back to pseudo-sanity by Douglas Adams and Terry Pratchett.

That’s when she answered the family calling and decided to write. Armed with her ideas for the Gods Inc. series she went back to the University and got her Master’s in Creative Writing.

She now lives with her husband in Culpeper, Virginia, where she divides her time between painting, ripping apart and reconstructing her recently bought historical home, playing tennis and, of course, writing more books.