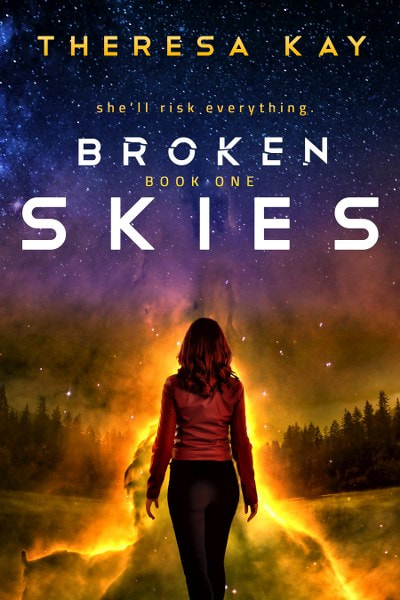 Jax will do anything to save her twin . . . even team up with a teenage alien left behind by the same ship that took her brother.

Too bad it's not that simple.

Jax soon finds that she's drawn to the alien boy with bright green hair and jewel-like scales on his back and he's equally affected by her, the courageous redhead with haunted eyes. But she doesn't know the alien's true motives, and he has no idea that she is much more than she seems.

Worse, the connection forming between them has unknown consequences.

The humans and the aliens are both hiding deadly secrets and the forbidden bond linking the two teens threatens to reveal everything. What started as an uneasy alliance and a seemingly straightforward rescue mission could spark an inter-species war.

The Broken Skies series is a completed series filled with action, adventure, aliens, and romance. Perfect for fans of the Lux series, Under Different Stars, and The Fifth Wave.

★★★★★ "A fast-paced and action-packed start to a series that will leave you reeling as you scramble for the sequel." - Kelly St Clare, USA Today Bestselling Author.

★★★★ "Broken Skies is a captivating read, and its appeal crosses genres. Whether you like sci-fi, dystopian, paranormal, or just anything with a hint of romance, check it out; it's got something for everyone."- FicCentral

★★★★★ "I don't want to give too much away but take an alien/human love story, set it in a post apocalyptic type society, feature a strong but damaged heroine, sprinkle in a compassionate but secretive male lead, add in suspense, drama, shake and you have the wildly entertaining Broken Skies."-Shannon from Book Crushin

“We need to go, now.” I don’t even wait for him to follow before I start hiking through the woods, quickly but quietly, away from the campsite.

“But what about our supplies?”

I look back over my shoulder. “Would you like to fight the bear for them?” His eyebrow is just itching to creep up. “It’s all ruined anyway.”

“Oh.” With a furtive glance toward the campsite, he follows.

Twenty tense minutes later, I stop and sit on a rock, my head in my hands. Our difficult situation just got worse. The only weapon I have is this one knife. No sleeping bags. No clean clothes. No food. And dammit, even our canteens are gone. My heart beats against my chest and my breath comes quickly. Heat starts at my toes and flows up my body until a frustrated scream flies out of my mouth. I’m up and slamming my fist into the nearest tree before I can stop myself.

Well, that was a brilliant idea. Now I’m angry, frustrated, and in pain. I wiggle my fingers and shake my hand in the air, blinking back tears.

“Feel better?” he asks. The eyebrow is up in full force and a smirk is twisting his lips.

“Let me see.” Lir reaches out and takes hold of my throbbing fingers. He pauses when my body stiffens, but then I relax and he pulls my hand closer, examining my battered knuckles. “I think it will be okay. You did not break the skin, at least.”

Did I step forward or did he? His gaze moves from my hand to my face and he smiles. An entirely different kind of heat travels from my fingers to the rest of me, rising to my face. The green of his eyes draws me closer and I lean forward. The satchel swings forward across my body and clanks against Lir’s legs. The satchel? I’ve still got it! I jump back and grab the sides of it, holding it up.

Lir clears his throat and takes a step back, rubbing his hand over the back of his head. “That’s great, Jax.” 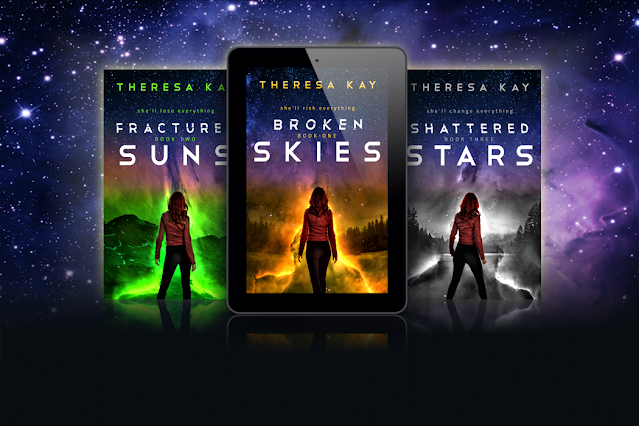 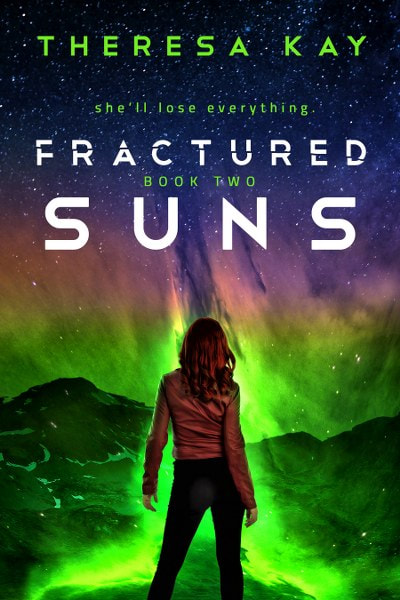 Almost everything she thought she knew is wrong…

A trip to the city yields some much-needed answers, but Jax is once again forced to leave Lir behind and return to Peter’s cabin where enemies from her past await. But there are bigger things at stake than revenge, and she finds herself traveling with some unexpected companions toward a place she hoped to never see again.

After being imprisoned on the orders of his uncle, Lir hasn’t seen daylight or linked to anyone in weeks, and the pain and loneliness is almost too much to bear. But Jax’s visit gives him renewed hope—and the strength to continue fighting his uncle's influence over the E'rikon, even when things look hopeless.

While Jax and Lir fight separate battles, their missions have more in common than they realize. It’s a race against time to stop men driven by greed and power. But the ones they trust the most might be the very people working against them—and "family" doesn't mean what it used to. Will they recognize their friends from their enemies in time to save the people they love…or will they lose each other in the process? 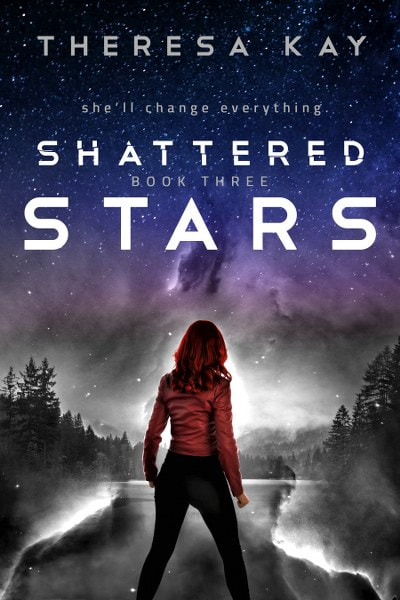 The last thing Jax ever wanted was to be a weapon. Her abilities are unpredictable at best, but there’s no one else with enough power to take on Jastren and his mental manipulations. She doesn’t have to do it alone, though. Not only can she rely on the unwavering support of Lir, Rym, and her human friends, she also ends up with help from a surprising source.

Meanwhile, her twin brother Jace—his body controlled by Jastren, and the shattered pieces of his mind locked inside—has become a monster. The struggle to hold on to what’s left of his humanity has left him weak and more confused than ever before. Every thought, every impulse, and every memory has the potential to destroy him—and everyone else around him.

The futures of both the humans and the E’rikon are on the line, but as ulterior motives and political machinations are revealed, it becomes clear that the betrayals aren’t restricted to only one species. Can Jax and Lir get everyone to work together in time to prevent the two species from destroying each other? Can Jace find some measure of redemption for all he has done? And will Jax be able to harness her powers without losing herself? 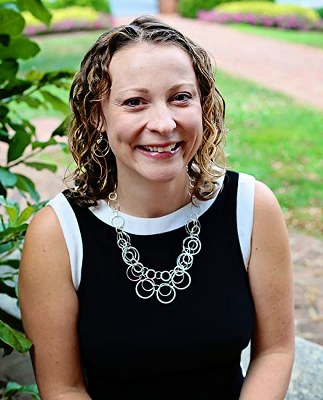 Theresa Kay writes stories that feature flawed young adult and new adult characters in science fiction, urban fantasy, or paranormal worlds, all with a touch of romance thrown in for good measure. She's constantly lost in one fictional universe or another and is a self-proclaimed "fangirl" who loves being sucked into new books, movies, or TV shows. Living in the mountains of central Virginia with her husband and two kids, she works as a paralegal by day and spends her free time reading tons of books, binging Avengers movies, anime, and Doctor Who, or playing Tomb Raider and Assassin's Creed.