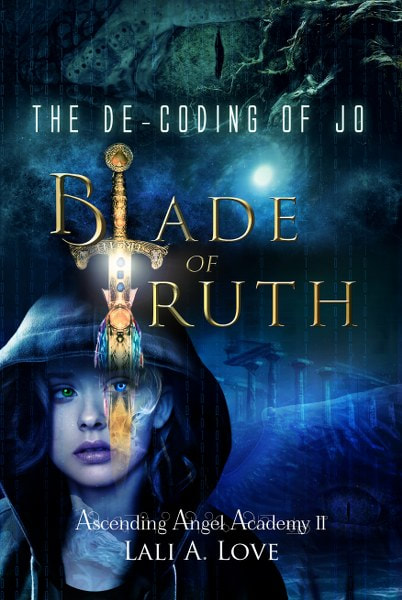 The De-Coding of Jo: Blade of Truth
Series: Ascending Angel Academy
Book: 2
By: Lali A. Love
Genre: YA Fantasy

A hypnotic StarSeed
A mysterious island
A cosmic reboot
Gaia is perishing. Methodically poisoned, she sounds the alarm. The StarSeed Quest is activated to save planet Earth from the Wizard of Bondage, determined to hijack humanity’s existence.
Roma, the Light Warrior, is captured on a remote island. She telepathically communicates with Jo to guide her perilous mission on a school trip. While Jo and her friends process the truth about the Galactic Wars, they are targeted by assassin shapeshifters, and lured to a compound where darkness reigns.
Emotions collide during timelines leaps, and reality is turned upside down. Jo is thrust into an epic cosmic reboot. Will the Blade of Truth devour her Soul? Will the balance between light and dark finally shift?
Add to Goodreads | Amazon | Books2Read
Reviews:

“Ms. Love presents visions of a utopian world of beauty and peace, where love and acceptance are unconditional. She reaches beyond our cultural and historical norms embracing diversity with no division or hatred.” —Dr. Mario Dell’Olio
“Lali A. Love expands the world and intensifies the battles, gripping the reader with intrigue and action from the very first page. Jo undergoes a transformation, and you will, too, throughout this book’s riveting, restorative transcendence. What a stunning, powerful message. Galaxies of Wisdom Await You.” —Halo Scot
“This makes for an excellent read specifically for teenagers battling mental health and self-acceptance issues. If I must describe this book in one word, I will say it is Entrancing! If you love reading sci-fi/fantasy that leaves you with a powerful message, then this book is a MUST read for you!” —Rashmi P. Menon
“Readers will delight in the rich, multidimensional world-building that masterfully intertwines teen angst, struggle, and a higher calling. The journey to enlightenment hastens as the eternal struggle between good and evil intensifies in the parallel timelines. This book is a page-turner…Make room on your shelves for this important series.” —S.P. O’Farrell
“As someone who devours books centered on mystical forces, I loved Lali A. Love’s newest work. I would recommend this novel for people who enjoy detailed fantasy and magical realism about the astral realm, lucid dreaming, time travel, and humanity’s role in the larger cosmic context.” —Anya Pavelle
“The Blade of Truth had me in awe. Lali A. Love captures every realm, both mental and spiritual.  And she does it in a way that is just gorgeous flowing prose. This was a joy to read, and I can't wait to get my hands on what Ms. Love brings forth next!” —Ash Knight
Emotions run high in Blade of Truth from the opening scene and Lali A. Love ensures the reader is glued to the story from the beginning. Readers will find the perfect mix of paranormal with teen angst in this epic fantasy. It is an exciting story, something that is vastly different from a typical YA novel. —Reader’s Favorite

BLADE OF TRUTH EXCERPTS BY LALI A. LOVE

Run! The voices in her head thundered as panic took over her entire being. She could barely feel her legs. The weight of the metal fringe bore its cold, jagged claws into her shoulders. Without her sword, Roma was doomed.

The putrid stench of the Draco Lizzies assaulted her senses. She squeezed her eyes shut as forceful arms dragged her battered body along the lush island shrubs. Her powers were weakened by their dark crystals.

These ancient extraterrestrial entities represented the Dark Forces and had finally found her on the Earth plane, proving she could never outrun them. The vicious onslaught by the cold-blooded Lizzies on her beloved planet, Avalon, still haunted her Soul from a parallel timeline.

Welcome to your galactic initiation. Roma had waited lifetimes for this epic battle. As she pondered her past existence on Lemuria, Roma was determined to attract a much favorable outcome in this timeline, to change Goddess Gaia’s fate. She would not allow the vile Lizzies to continue their assault on Mother Earth.

The Galactic Council had summoned Roma to help humanity evolve through the density of the fourth-dimensional astral plane, launching the mighty StarSeed Quest.

The Sacred Light had activated millions of enlightened beings known as StarSeeds on Earth, dispensing them with their secret missions. These humans awoke at specific times around the world to remember their higher vibrational Galactic roots.

Each of them lit up with their encoded missions that originated from parallel Universes, star systems, and other planes of existence. Their rise in this timeline was to eradicate the unseen, sinister entity that plagued Mother Earth, and loomed in the shadows, feasting on humanity's negative thoughts, emotional anguish, and rancorous behavior.

Roma knew that the Lizzies were desperate to maintain their dominance over humans—especially after the demise of the Lord of Darkness. Their determination to enslave Gaia and drain her supreme plasma life source was a priority that exceeded all other nefarious agendas.

The aftermath of the Lyran-Draconis Galactic War served to be the largest catastrophic event that had occurred in this galaxy—possibly even the entire Universe.

Using the vigorous galactic loopholes, these malicious entities time-traveled to the present-moment reality on Earth in the calendar year twenty nineteen.

Feasting on the trauma-based reincarnation cycles, and karmic looping of perpetual conflict, the Lizzies controlled the collective thought patterns of the fourth-dimensional astral plane with psychic manipulation.

Roma understood the Lizzies were behind the fear-based belief systems, blood rituals, human trafficking, intergalactic slave trade, and childhood-wounding programming matrices. The chemical compound adrenochrome, released during mass human suffering, provided these entities with enhanced psychic capabilities upon consumption. Since they were missing this organic life force energy, the invaluable external source was crucial for their endurance.

As such, the Lizzies were determined to prevent Gaia and humanity to shift and cross over the ethereal bridge, into the fifth-dimensional love-consciousness existence of Sacred Light, where their powers would become futile.

Roma vowed to never allow the same horrific history of her beloved home to repeat itself, not in this timeline. She was summoned by the Lemurian High Council to drive out the dark shadows and protect sacred Goddess Gaia from extinction.

After all, she was a celestial delegate of the higher intelligence quantum Source energy—a cosmic survivor, a Warrior of Light, a Custodian of the Galaxy, and the defender of StarSeeds.

In captivity, Roma commenced the light code activation, a beacon, that would reach the Lyran High Council. Without her Blade of Truth, she had no choice but to surrender to her destiny and began channeling her location telepathically to the StarSeeds, Indigo Children, and Celestial Earth Angels.

Roma prayed to all that was pure and holy that the high-pitched sound waves were undetected by the demonic, callous Lizzies and their evil leader, Ciakar, the Wizard of Bondage.

This will not be the end, so help me Ka-ha-lee! 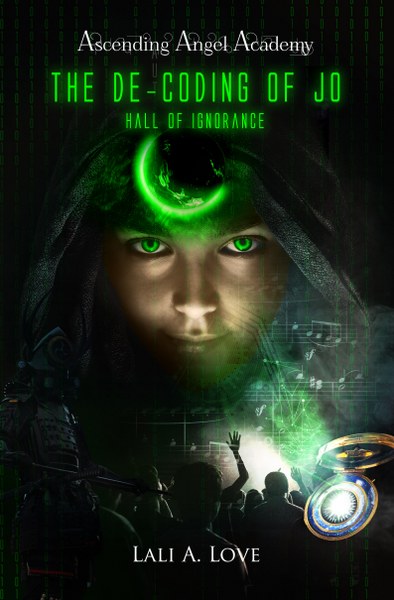 “Spellbinding.” — Halo Scot, author of Edge of the Breach
“Captivating and smart… I found myself wanting more!” — Ash Knight, author of Stay
“Unputdownable… a must read.” — Evan Knapp, Founding Member of Queer Indie
“Love’s story stands out in its originality, with themes of science and spirituality, and a conflict that is strongly and intelligently articulated.” — Readers Favorite
“This book is like no other, the story will linger with you long after you’ve turned the last page…” — Medea Kalantar, author of the Honeycake children’s book series
What would you do if you accidentally discovered a holographic portal into the cosmos, in the basement of your high school's library? Would you take the leap of faith?
Ever since the fatal night her mother was taken hostage by a homicidal maniac, sixteen-year-old Jo has been plagued by debilitating nightmares. As she tries to unravel her bleak reality while attending Forest Hill Academy, a preppy co-ed private school, Jo and her friends discover a mysterious gateway into a Black Hole. Accidentally, evil is released from the portal as demonic parasites spread throughout the school. One by one they turn her classmates into an army of sleepwalkers, serving the Lord of Darkness in a sinister plot for universal domination.
When Jo is activated by the Council of Light, she discovers her mission and confronts her celestial identity, revealing the mystery of existence. With the help of her best friends and a Galactic Compass, Jo unleashes the cosmic powers of creation to prevent the Darkness from enslaving all of humanity into obscurity. Will she be able to decode the artificial system in time to save her friends and the sacred Light?
As the first book in the Ascending Angel Academy series, The De-Coding of Jo is a beautiful melding of fantasy, paranormal and science fiction with a diverse, gender inclusive cast that young adult readers can fully immerse themselves in.
**Only .99 cents!!** 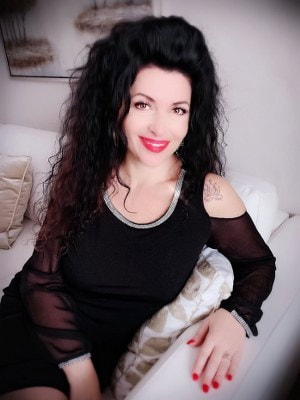 Lali A. Love lives in the capital city of Canada with her husband and two beautiful children who are her greatest source of pride, joy, and inspiration. As a debut author, Lali loves to write stimulating, character-based novels that invoke an emotional response in her readers. She has done extensive research into epistemology and metaphysics to further her understanding of the Universal Laws of Energy.
In her spare time, Lali is committed to writing her visionary fiction trilogy about spiritual transformation. These mystical novels are based on the journeys of three incarnated Angels that have been brought together in the third dimensional existence, to realize their Divine Feminine soul purpose. Each of them must experience unique self-realizations to overcome the dark demonic entities that are determined to destroy their inner light to derail their Soul mission.
As a light worker, Lali has been called to fulfill her soul purpose to embody the light and share positive posts through social media to help uplift humanity. She is assisting this awakening process by projecting her messages of love, compassion and unity consciousness, to connect beautiful like-minded souls around the world. Through the study of quantum energy field of transmutation, Lali has refined her energy clearing techniques based on powerful visual imagery to activate a healing response in others.
With humility, compassion and grace, Lali intends to elevate levels of consciousness for the highest good, empowering individuals to speak their authentic truth. She is an advocate for self-healing journeys, self-realization, and self-love. Lali is passionate about this universal call to action and continues to vibrate at high frequencies of loving awareness.
Website | Facebook | Twitter | Instagram | Bookbub | Amazon |
Goodreads

Follow the tour HERE for special content and a giveaway!
$20 Amazon giftcard ,
Personalized & Signed Paperback
– 1 winner each
a Rafflecopter giveaway