Wings of Silk
By: Li-Ying Lundquist

After surviving a childhood under the oppressive rule of Chairman Mao’s “Cultural Revolution," a young, courageous teenager abandons her life in China for the freedom of the unknown in America. Arriving at the New York City doorstep of family members she’s never met, Ying-Ying has been promised they’ll help her learn English and accomplish her dream of attaining a college degree. But weeks later, she’s kicked out without explanation. Now a homeless immigrant, Ying-Ying must learn who to trust, how to find work, and how to succeed in a bustling metropolis that looks the other way. Overcoming obstacles of abandonment, heartbreak, and injustice in a foreign land, she remains fiercely determined to become a woman who will impact the world. An incredible story of second chances, Wings of Silk reminds the reader that underneath the fragile form of an individual, a strong and resilient heart is always ready to take flight. 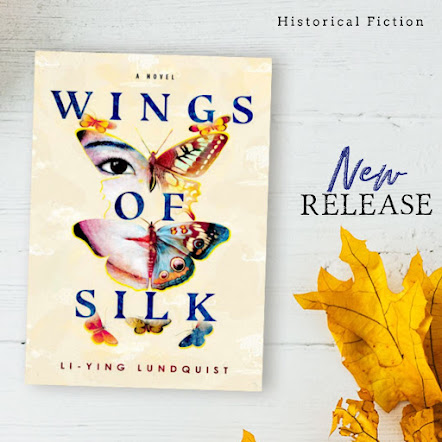 Li-Ying Lundquist was born and raised in China under the strict regime of Chairman Mao’s “Cultural Revolution.” The daughter of intellectual parents, her life was in constant danger and she grew up believing academic performance and perfectionism were the keys to survival and fulfillment. After high school, following a strong desire to find freedom and get to know family members who lived in the United States, Li-Ying left her life in China to pursue the American dream. Overcoming the plights of a young immigrant who did not speak the language, Li-Ying obtained her master’s in computer science from a prestigious university and became a successful lead engineer. While working for AT&T Bell Labs, she and her team made the world’s first “text message” for mobile phones. Today, she is happily married to a wonderful man and has two darling sons whom she loves with all her heart. An advocate of freedom founded on self-respect and happiness, she hopes readers of Wings of Silk will be inspired by the lessons of forgiveness, grace, and God’s powerful love.