I am so excited that FOREVER by Ivy Nelson is available now and that I get to share the news!

If you haven’t yet heard about this wonderful book, be sure to check out all the details below.

This blitz also includes an awesome giveaway courtesy of Ivy, & Rockstar Book Tours. So if you’d like a chance to win, check out the giveaway info below. 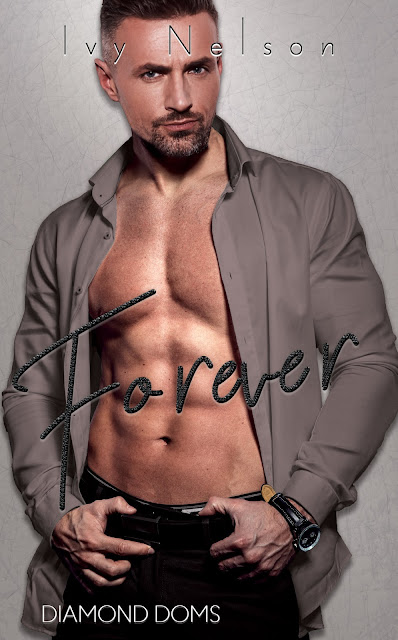 Russel Adler has one job while Elijah Barrett is away. Keep Holly Barrett and her best friend safe from those out to collapse Club Solitaire. There's just one problem, Holly's best friend is a pain in the ass. A gorgeous, irresistible, pain in the ass.

Forever is the conclusion to the Diamond Doms series. Cover Reveal and full description coming soon.

Haven’t started the series yet? Get all the books now! Each one can be read as a stand alone

Gemma stood near the dungeon entrance and watched as Russell approached a kneeling woman. When he crouched down and cupped her chin, she cursed herself for being unable to look away.

His intense stare at the bar had unnerved her and intrigued her at the same time. Something in his eyes made her want to ask a million questions and get to know him. His demeanor had changed when he found out she was married to Matthew.

That made her curse her family all over again. Yes, they were legally married. No, they were not in love or even sleeping together. In the best of times, they were friends. But most days, they were strangers who didn’t even live together anymore. They had their own lives, and that was how they liked it. If their world hadn’t exploded—literally—she might have been divorced by now, and maybe she would be the one being strapped to the cross by the gorgeous silver fox across the dungeon.

She shook her head and went to find a place to sit. There was no sign the two even liked the same things in the bedroom, and here she was fantasizing about him. Get a grip, Gemma. You’ll be back in London before you know it.

At least she hoped so. She wasn’t sure what the future looked like after the harrowing experience of barely escaping death and Matthew shoving her onto a plane against her will. And now, nobody could locate Matthew. She wanted to reach out to Kendall, but he had been adamant about her not contacting anyone for fear that the people trying to kill them might find her.

She shuddered and took one more look at Russell and the woman he was with. Just in time to see him unfurl a single tail whip. A loud crack echoed through the room and she pushed open the door and left the dungeon. 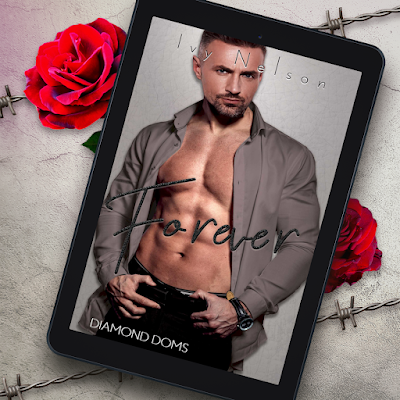 Ivy Nelson is an emerging contemporary romance author, hopeful romantic, and passionate advocate, who is versed in all things steamy, sultry, and sensual. It all started back when she read her first steamy romance novel at the age of fourteen. From that point forward, it became her favorite genre—one she wanted to write in herself someday. Sylvia Day’s writing style cemented that passion, and gave her just the inspiration she needed to be an author herself. In December of 2018, Ivy published her debut novel, Power Desired at the age of thirty-two.

Most recently, Ivy completed the “D.C. Power Games” series and the fourth book in her popular “Diamond Doms series” titled “Pressure". In a not-so-distant past, she was a student affairs professional at a university and earned her political science degree, which explains her politically-driven romance debut.

When she isn’t penning steamy scenes or attending writing/kink/BDSM conferences, you can find this contest-winning karaoke singer and bookworm passionately supporting human rights or growing her Sims 4 empire. She is also a wine aficionado and certified whiskey taster (no really, she has the certificate to prove it). All that aside, Ivy loves spending quality time with her amazing son and husband of three years at their home in Houston, TX.