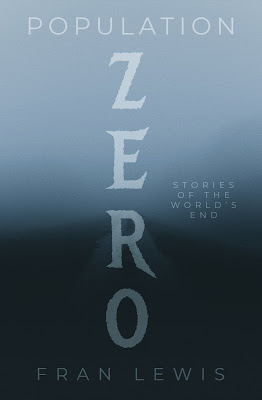 Population Zero
By: Fran Lewis
Genre: Science Fiction
Published by: Atmosphere Press
Publication Date: June 26th 2021
Number of Pages: 76
ISBN: 163752868X (ISBN13: 9781637528686)
"Imagine a forest so dense and so filled with trees that you cannot see anything but darkness. The smell of the dead leaves, the creatures that lived there, and the stench they created."

Imagine smashed windows and abandoned satellite dishes and blocks of plaster all over the ground.

In Population Zero by Fran Lewis, we experience several post-human worlds through the eyes of people who were allowed to visit for one day. A world covered in ice, a world in complete darkness, a world where deserts are plentiful, and others...

"Fran Lewis's newest offering is a polished, razor-sharp double-edged sword. On one hand, it is reminiscent of the old Twilight Zone series and just as chilling. On the other, it is a poignant reminder of just how precious and fragile human life on this planet truly is. A riveting read."
-- Vincent Zandri, New York Times and USA Today bestselling Thriller and Shamus Award winning author of The Girl Who Wasn't There and the Dick Moonlight PI series.

"Population Zero creatively focuses on the damage being done by Covid 19 as it ravages the human race, and our inability to deal with climate change."
-- Allan Topol, national best selling author of The French Revenge

My Rating: 3.5 Stars
My Recommendation: 7.5 stars
(I received this book free in exchange for my honest review)

My first read from this author I wasn't sure what to expect. I will say that I'm not really sure if I liked this book or not. It has a good direction, but the flow and structure wasn't solid enough to fully keep my attention.Population Zero dives into the authors mind on what it would be like for the world and it's inhabitants thew different scenarios. Each one was intriguing and posted different questions. The author did try to describe these world as best as she could; so that us readers could get a glimpse of what horrors await. Weather it was darkness, scorching heat, or being trapped in glasses pods unable to leave. It got you thinking about what was the root cause to for all these worlds to get to where that are in that book. In all, it makes you sad, and helpless.I will say that there is some repressiveness, and though the different world's were descriptive; I believe some more research into extreme weather, and science would help narrow down the descriptive language and round out this story.Overall this book does get you thinking, and though I can't give a half star rating here, this book is 3.5 stars; and gets my recommendation.Happy Reading-E.A. Walsh

My name is Ella, and I will be your guide and voice as you take the journey with me into the future. I am an ethereal being that is not alive but has been chosen by those above to help you, the humans, understand what is going to happen if you do not work together, follow the guidelines for the virus, and learn to live in harmony.

Remember, these worlds are the imagination of the author, and she wants you to really think about what she has created. You can decide if you would want to live in any of the worlds she imagined in her mind. What if you were asked to be the only human to experience one of these worlds if you could travel back for a short while? Welcome to your future. Think about it and decide.

Sometimes I think the world would be better off without humans. For many reasons in the worlds created, people fled and abandoned their homes. Desert areas became common, providing people with the sand, the hot sun, and not even a trace of water. Recent scenes show nuclear exclusion zones, urban neighborhoods burned out, and nowhere to escape.

Think about this: A forest so dense and so filled with trees that you cannot see anything but darkness. The smell of the dead leaves, the creatures that lived there, and the stench they created are worse than the smoke from a five-alarm fire. Imagine a sandstorm that plows across a highway and darkens the daylight sky, making it hard for drivers to see even an inch in front of them.

Smashed windows and abandoned satellite dishes and blocks of plaster all over the ground. The world — Population Zero...a look into the future.

What if this really does happen? 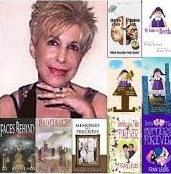 ‪Fran worked in the NYC Public Schools as the Reading and Writing Staff Developer for over 36 years. She has three master’s degrees and a PD in Supervision and Administration. Currently, she is a member of Who's Who of America's Teachers and Who's Who of America's Executives from Cambridge. In addition, she is the author of three children's books and a fourth that has just been published on Alzheimer's disease in order to honor her mom and help create more awareness for a cure.‪

Fran is the author of 19 titles and completed by the titled A Daughter’s Promise. Fran has 6 titles in her Faces Behind the Stones series and her magazine is MJ magazine. She was the musical director for shows in her school and ran the school's newspaper. Fran writes reviews for authors upon request and for several other sites.

Her network if MJ network on Blog Talk Radio. You can also find her reviews on just reviews on Wordpress. Her latest titles are Sisters : two sisters from the Bronx, What If? and Silent Voices in her Faces Behind the Stones series and the present one Population Zero. ‬ ‪

Visit these other great hosts on this tour for more great reviews & guest posts!