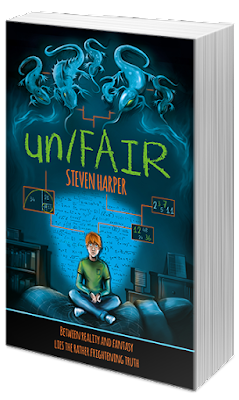 It's difficult enough to live in the neighborhood "freakazoid" house.  It's even more difficult when you're autistic and neither your family nor best friend really understands you.

So when Ryan November wakes up on his eleventh birthday with the unexpected ability to see the future, he braces himself for trouble.  But even his newfound power doesn't anticipate that the fair folk--undines, salamanders, gnomes, and sylphs--want him dead, dead, dead.

Ryan races to defend himself and his family against unrelenting danger from the fairy realm so he can uncover the truth about his family history--and himself.

Except as Ryan's power grows, the more enticing the fairy realm becomes, forcing him to choose between order and chaos, power and family.

And for an autistic boy, such choices are never cut and dry.

How do you name your characters?

That's actually quite a process. Readers hang a lot on a name. They form a mental image of a character based on the name, long before they get a description or personality. The name is the first impression, and I don't take it lightly.

I usually look at a long list of first names and see what grabs me.  I make a list of five or six, then test them out to see which is the easiest to type--a major consideration.  Once I've settled on one I like, I move on to the last name.  The last name should generally have a different number of syllables in it, so if the first name has two syllables (like Ryan does in un/Fair), the last name should have one or three.  The last name should be easy to say, spell, and pronounce.  It should also be memorable without being so weird that it yanks the reader out of the story.  In Ryan's case, I settled on the last name November fairly quickly.  It fit all the requirements, it sounds cool when you it aloud, and it has the bonus quality of sounding vaguely supernatural.  Win!

I avoid names that end in -s like Ross or Bess because phrases like "Ross's shirt" or "Bess's sword" look awkward and are difficult to say in an audio book.

More than once I've auctioned off the right to name a character for charity.  When a secretary at the school where I teach was diagnosed with breast cancer, her finances were devastated.  The teachers started a pool so she could get by.  I announced a bidding war for the right to name a character in my then-current steampunk novel (The Impossible Cube) with the proceeds going straight to help Linda the secretary, and it raised a huge amount of money.  So you can sometimes find characters lurking in my novels who are named after real people.

Minor character names are pulled out of a metaphorical hat.  I look at the keyboard, choose a key, and type a name starting with that letter.  Usually it works, and I don't have to drop everything to look up names while I'm writing. 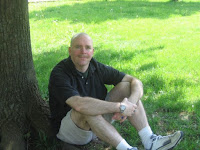 Steven Harper/Piziks is the author of multiple fantasy and science fiction novels written for adults, notably the Clockwork Empire and Silent Empire series for Roc as Steven Harper and movie novelizations and tie ins for Pocket Books as Steven Piziks (IDENTITY, THE EXORCIST: THE BEGINNING, GHOST WHISPERER: THE PLAUGE ROOM).  He’s also the father of an autistic son.