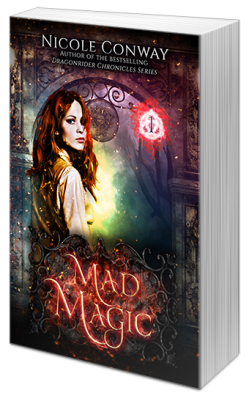 After being orphaned, high school student Josie Barton only has one person she can turn to when things get rough—a mysterious legal guardian who calls himself her Benefactor. “Ben” takes care of everything for her. He pays her bills, provides food, clothes, and even a cell phone. But there is one thing Ben doesn’t know: Josie Barton sees scary imaginary creatures everywhere she goes. Even her apartment is being haunted by an invisible monster! And just when Josie thinks things couldn’t get any worse . . . she meets the guy from across the hall.

Zeph Clemmont is a man of many faces. He’s a changeling with enemies in all the worst places, fighting to undo a magical curse that could end his life. He loves a good argument and has incredible magical power, but he may have met his match in Josie. So far, she’s the only one who seems able to rein in his childish tantrums and magical explosions. Zeph will have to swallow his pride and finally let go of all his dark secrets if he really wants to break his curse. And with Josie at his side, he might actually stand a chance this time.

( I received this book free in exchange for my honest review ) Mad magic by Nicole Conway was a epic magical, action packed ride that had me hooked from start to finish. I finished this book in a day, I couldn't stop reading. The flow was smooth, the plot stayed on point and I felt that this story, tied up it's major plot question at the end; leaving the ending open just enough for a sequel. Now I did have one problem with the story. It it has to do with the noticeable age difference. Now I get that Zeph is not human, and he doesn't age the same as humans, but that wasn't the issue. It was how he looked like he was in his mid 20's. Josie being only 17, made this pairing uncomfortable with me. It didn't help that it was repeatedly brought up, as if to drive the point home that he was an adult. It was a bit of a turn off at first, because I didn't want them as a couple. ( Towards the end, they grow on me) I've never been fan of these types of paring's for YA. Even if she turned 18 in the story, and was legal; I still felt like it was a bit much. (These another bit that comes out towards the end that really, really, was a nope for me.. but I won't tell you that.. No spoilers here)Now you might feel like that one problem would ruin the whole story, and you're probably wondering why I still gave it a five star, well because this is a freaking amazing story. Josie, though started out like other YA heroine's (useless), she stepped up, she didn't want to be a damsel in distress, and actually took it upon herself to learn how to use her powers. She put time and energy, and strived to perfect for craft. She developed a plan, reached out for help when things got to deep, she didn't go in alone. She used her head, she not only saved herself but she saved the ones that she loved. That my friends is why this is a 5 star. Our heroine, was an actual freaking heroine. She didn't stand in the background like a lump, she was in the action, she got hurt, bleed and she stepped the f*** up. There is also no love triangle, there could have been, the set up was there, but I'm delighted that the author took the unbeaten path and opted out. She created a true friendship, build on leaning how to trust, forgive and platonic love. It was sweet, and it made me feel a gushy on the inside, because it was true connection. It also paved the way to the epic ending.That ending! What at battle, it was so well written and choreographed. I could see the action like a movie. It had ups downs, and it was explosive. For a minute I wasn't sure how they were going to pull it off. But like I said, Josie stepped the F*** up. I highly recommend this truly stunning work of fiction. This book is everything done right, how YA should be written. It broke away form the overused cliché's, troupes, and scripted nonsensical filler. It was a well-rounded story that kept your attention, kept you guessing. It's more then a page turner, it's a legendary journey that will suck you in body and soul. Happy Reading. E.A. Walsh 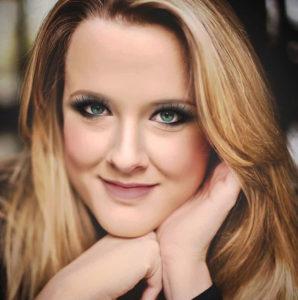 Nicole is the author of the children’s fantasy series, THE DRAGONRIDER CHRONICLES, about a young boy’s journey into manhood as he trains to become a dragonrider. She has completed the first two books in the series, and is now working on the third and final book.  Other works include MAD MAGIC (Sept 2017), FAULBENDER (tbd), SCALES (tbd), and THE DISTANCE BETWEEN STARS (May 2017).
Originally from a small town in North Alabama, Nicole moves frequently due to her husband’s career as a pilot for the United States Air Force. She received a B.A. in English with a concentration in Classics from Auburn University, and will soon attend graduate school.
She has previously worked as a freelance and graphic artist for promotional companies, but has now embraced writing as a full-time occupation.
Nicole enjoys hiking, camping, shopping, cooking, and spending time with her family and friends. She also loves watching children’s movies and collecting books. She lives at home with her husband, two cats, and dog.