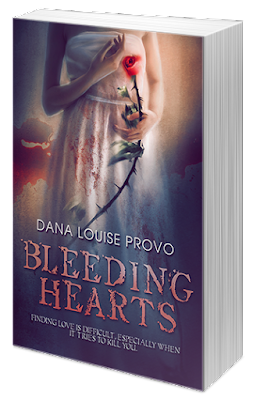 
Orphaned at an early age, now twenty-four-year-old Camryn Lucks is ready to commit to find that special someone, and so accepts a date from a charming, gallant, handsome stranger. The last thing she imagines after accepting that first date with Carson would actually be the beginning of her worst nightmare.


Red roses, a reminder of her parents' killer, soon become an emblem of horror for Cami as one by one, those closest to her fall victim to a serial killer. Cami becomes an obsession for Carson, the man she had finally allowed herself to love. Not only is he vying for her heart, but also her life.


Finding herself in a whirlwind of torments shadowed by the blood-colored bloom, Cami finds solace in Isaac, a neighboring police officer. She’s desperate to escape the haunting memories, but she must revisit them in order to catch her would-be killer. Living life in constant fear has driven Cami to second-guess every choice she makes. Will the police catch the illusive murderer, or will Cami be forced to face him once again?

(I receavied this boom free from the author in exchange for my honest review)
My Rating: 4 Stars
It's been a time since I read a murder thriller. And I must say I was impressed with the way this story turned out.
At first I wasn't to keen on the opening, but as the story went on I like the style the author presented. It had a "Motive"(Love that TV Show) feel to it; needless to say, I couldn't stop reading once I started.
From start to finish I was hooked. I had to know who one in the end, why he did it . As far as murder thrillers goes, this was probably one of the best I've read. And I've read some from the best.
I'm not going to go to much into the story as I don't want to ruin it. But hell, I will say that Cami, she's one hell of a girl, and strong as hell. She's a fighter and by god she's was going to let the ass ruin her life more then he already had.
I highly recommed the book, it's a fast pace, heart pounding ride that will have you wishing you could jump in a deal what Carson has coming to him.
Happy Reading. ﻿

The silky voice of a man on his cell caught my attention. He was tall and debonair in his crisp, black suit with a red tie. I was drawn to him. The slight bend in his nose and his brown hair that reached his shoulders complemented his dark and wild eyes that seemed to hold a heavy secret.
He ended his call and tucked his cell into his pocket then turned to me. "It's quite a sight out here," he said, my ears melting to hear more of his velvety voice.
"Yes, it is. It's beautiful, but cold." I wrapped my arms around myself and hugged my torso.
"Are you waiting for the bus?" he asked. His hands were tucked in his black slacks, keeping warm from the bitter wind.
"I suppose so. To be honest, I don't think they are out tonight."
"Oh," he said, taking a few steps closer.
I felt the heat radiating off his body as he approached. My nose was in heaven as I caught the bold cologne he was wearing. It was just the right mix of musky and sweet. Even though I didn’t know his name, I was attracted to him and that scared me.
"I don’t mean to pry, but do you need a ride to wherever you are headed?" he asked, flashing a smile.
"Oh, um, I was just heading home. It's not too far. I can just walk." I looked up at him, then back at the heavy snowfall and mentally groaned.
"Let me take you home. I have a car. A woman like you shouldn’t be walking home alone at night, especially in this weather." 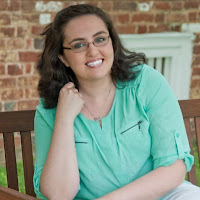 Dana Provo has always loved books and reads everything from young adult fantasy to adult historical romances. When she’s not reading or writing her next novel, Dana can be found riding her horses and getting ready for competition. Dana lives with her husband and two house plants in Richmond, Virginia.
Facebook | Twitter | Instagram | Wattpad | Blog | Tumbler | Google