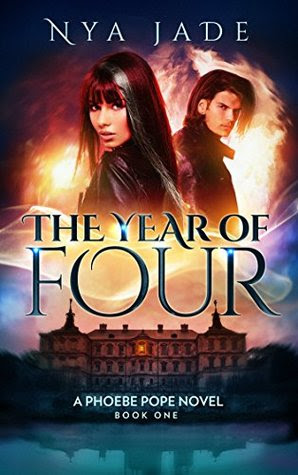 
The students of Green Lane Academy roam their halls unaware that below their manicured campus exists a prestigious school of an entirely different kind . . .

Sixteen-year-old Phoebe Pope has enrolled at the Campus Below: a spy academy for shape-shifters hidden deep beneath the grounds of a boarding school whose humans unknowingly protect it. There, thanks to a carefully planned schedule, she leads a double life: spy trainee Below and normal teenager Above.

As if two course loads, concealing a secret power she alone wields, and coping with her father’s recent death weren’t enough, Phoebe finds herself developing major feelings for actor and teen heartthrob Colten Chase, who attends the Campus Above and appears to be majoring in winning Phoebe’s heart. But when officials learn that Phoebe may be at the center of a startling prophecy, she becomes the target of shape-shifting assassins who will stop at nothing to suppress the truth.

Now Phoebe’s lessons about Shaper’s enemies and spycraft take on great importance as a menace stalks the campus, with Phoebe as its target. Meanwhile, what began as an unlikely relationship with Colten, quickly morphs into heartache when she suspects that something sinister lurks beneath this movie star’s glitter and fame. Suddenly, Phoebe’s caught in a mesh of lies, betrayals, and danger where she doesn’t know who to trust, and needs to rely on herself—and her secret power—to get to the truth and to stay alive. 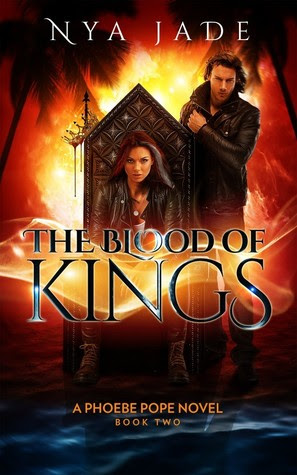 
According to the press, Phoebe Pope and teen movie star Colten Chase are no longer an item—which is just how the happy new couple like it. And yet there’s trouble in paradise . . .
Phoebe is haunted by dreams that show her things she can’t possibly know about—including a pact between Colten and a wanted assassin. In the daylight, she struggles to keep a newly emerging power hidden, even as her hands itch to wield it.

Meanwhile, in the wake of their escape from a Vigo crèche, Phoebe and her fellow Hyphas study under lock and key at the Campus Below. As the foursome wait to see who among them will fulfill the prophecy, someone dear to Phoebe is kidnapped by a powerful Vigo determined to use her to spy on the Shaper royalty. When the Hyphas are called to the Royal Court, Phoebe refuses to heed warnings of imminent danger for she will do whatever it takes to rescue her loved one.
But once at court, nothing is as it first appears. A sinister force controls some royals, while others whisper behind closed doors about forbidden alliances. And as Phoebe draws on her courage to complete the task set by her enemy, she makes a startling discovery—one that upends her father’s memory.

With dangerous conspiracies surfacing, Phoebe must uncover what the Royal Shapers really want from her, and decide whether there’s room for Colten in her unraveling life.

Phoebe Pope #1 & 2
(I received these books free in exchange for my honest review)
My Rating: 4.5 Stars
With my High Recommendation.

This was such a treat, more so because I haven't read a good YA shifter book in, well since, ... let move on shall we.

The wold building was incredible. With every small detail explained so I could get a clear picture of the school, I was reminded a little of Hex Hall. What made it even more luscious was that it wasn't over explained and I didn't feel like I was drowning in knowledge. This was the same for both books, the steady flow and rhythm was constance throughout both.

This was the same with the plot, though there was some romance bubbling, it was a growing one, it processed throughout the first, the blossomed into the second. This builded up made me root for them and it was a nice addition to the plot, not a overshadow destroyer like in some other YA and Adult books.

The action was sweet, heart pounding and exciting. I felt the scenes lasted a good amount of time as well. I'm not a fan of the crazy action drama ending after one page, nor am I a fan when it's like Dragon Ball Z long. These books have that perfect mix.

And the twists and turned, just, amazing. These books are full of mystery, dark secrets and hidden talents. Phoebe is strong, a pretty much a badass. Her iron will and strong herts pushes her forward when it seems all is going to be lose. She embraces her powers and herself at the same time. She is different, she knows it and she isn't afraid to let that stop her. She is on my top ten list, and I can't wait to read more about this captivating world. 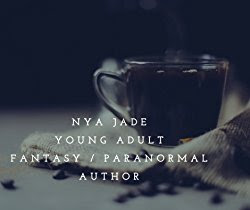 Nya Jade has enjoyed a fun career as a singer-songwriter. Her music videos have aired on the Vh1, BET and MTV networks and she’s opened for some of the biggest names in music. Nya’s music has also received recognition in major publications, including USA Today and the LA Times. She took a break from writing and performing music to write The Year of Four, her first YA novel. When she isn’t writing, Nya can be found hanging out with family and friends, reading or bargain hunting for her next pair of funky shoes. Nya lives with her family in California.