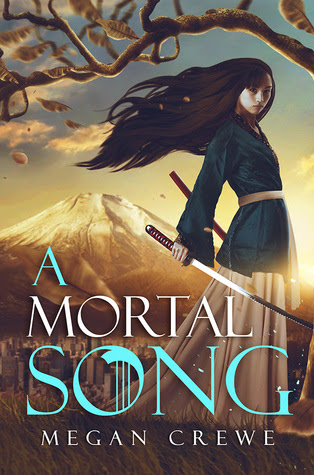 
Sora’s life was full of magic—until she discovered it was all a lie.

Heir to Mt. Fuji’s spirit kingdom, Sora yearns to finally take on the sacred kami duties. But just as she confronts her parents to make a plea, a ghostly army invades the mountain. Barely escaping with her life, Sora follows her mother’s last instructions to a heart-wrenching discovery: she is a human changeling, raised as a decoy while her parents’ true daughter remained safe but unaware in modern-day Tokyo. Her powers were only borrowed, never her own. Now, with the world’s natural cycles falling into chaos and the ghosts plotting an even more deadly assault, it falls on her to train the unprepared kami princess.

As Sora struggles with her emerging human weaknesses and the draw of an unanticipated ally with secrets of his own, she vows to keep fighting for her loved ones and the world they once protected. But for one mortal girl to make a difference in this desperate war between the spirits, she may have to give up the only home she’s ever known.

“Megan Crewe’s A Mortal Song is engrossing from the first chapter. The world of the kami is beautifully fantastic and delicately drawn, and the switched-at-birth scenario made me instantly feel for both of these resilient, brave girls. A Mortal Song has lots of magic, lots of heart, and lots to love.” -Kendare Blake, author of Three Dark Crowns

(I received this book free from the author in exchange for my honest review)
My Rating: 5 Stars
I loved this book. It was a different take on an overused cliché, you can call this the reverse. Instead of getting the story from the girl that suddenly finds out she has magical powers. We’re getting from the team that had to seek her out. Not only that, one of those members was the girl that lived the magical girls life. It pulled at the heart strings and made me addicted to this new wonder.
Sora was a strong and mature character. She pushed through a lot and had to deal with knowing she wasn’t her parents real daughter, in all having to search for the girl that was and train her to save the place she had called home for 17 years. It’s a daunting task, to see the life you’ve live being taking away but someone better. Yes there was a love triangle but it wasn’t that bad, she pretty much bashed that in on her own. She realized right away that her feelings for her guard were slimly that of friendship. I won’t give too much away because I really enjoyed the love story between Sora and a certain someone.
I loved the flow of this story, it was smooth and captivating. Several times when I put this book down I looked at my roommate and said, “this book is good” before diving back in. The plot stayed on point, and the ending, I was smiling when I realized what the old bat really meant. It was a “ahah” moment. It wasn’t just all on one person, and that is one of the reason’s I loved this book so much. There was no filler, no useless drama, nothing to take away from the mission.
I’m sad this was just a stand along, because I would like to know a little more of what happened afterwards. I’m all I highly recommend this book.
Happy Reading.
﻿ 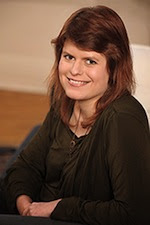 Like many authors, Megan Crewe finds writing about herself much more difficult than making things up. A few definite facts: she lives with her husband, son, and three cats in Toronto, Canada (and does on occasion say “eh”), she tutors children and teens with special needs, and she can’t look at the night sky without speculating about who else might be out there.