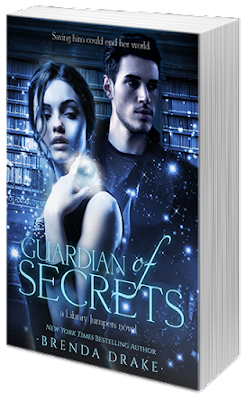 Guardian of Secrets (Library Jumpers #2)
by Brenda Drake
Publication Date: February 7, 2017
Publisher:  Entangled Teen
Being a Sentinel isn’t all fairytales and secret gardens.
Sure, jumping through books into the world’s most beautiful libraries to protect humans from mystical creatures is awesome. No one knows that better than Gia Kearns, but she could do without the part where people are always trying to kill her. Oh, and the fact that Pop and her had to move away from her friends and life as she knew it.
And if that isn’t enough, her boyfriend, Arik, is acting strangely. Like, maybe she should be calling him “ex,” since he’s so into another girl. But she doesn’t have time to be mad or even jealous, because someone has to save the world from the upcoming apocalypse, and it looks like that’s going to be Gia.
Maybe. If she survives.

OTHER BOOKS IN THE SERIES: 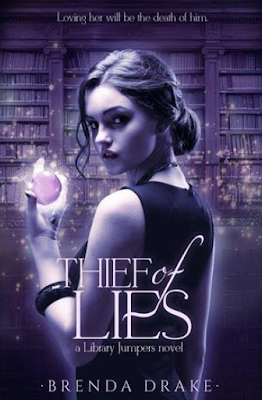 Gia Kearns would rather fight with boys than kiss them. That is, until Arik, a leather clad hottie in the Boston Athenaeum, suddenly disappears. While examining the book of world libraries he abandoned, Gia unwittingly speaks the key that sucks her and her friends into a photograph and transports them into a Paris library, where Arik and his Sentinels—magical knights charged with protecting humans from the creatures traveling across the gateway books—rescue them from a demonic hound.|
Jumping into some of the world's most beautiful libraries would be a dream come true for Gia, if she weren’t busy resisting her heart or dodging an exiled wizard seeking revenge on both the Mystik and human worlds. Add a French flirt obsessed with Arik and a fling with a young wizard, and Gia must choose between her heart and her head, between Arik's world and her own, before both are destroyed.

What tips do you have to counter writer’s block and to keep your story on track?

Many writers suffer writer’s block. I haven’t really experienced it before. I do struggle with motivation, though. I have to convince myself to sit down and write when there’s so much other stuff pulling at my attention. When I don’t want to write, I give myself a break. I’ll do something else for a small amount of time. Like take a walk or watch a movie or show I’d been dying to see. I bet that would work with writer’s block, too. Stepping away for a brief break, can help refresh the mind.

Allowing myself to have low moments in my writing has helped me a lot. We can’t always be on task. There’s so much life out there to live. Being in the world, feeds our imagination. Without breaks, we miss out on the opportunity for new ideas. When we don’t keep track of those ideas, our writing suffers.

Now, keeping my story on track is one of my biggest struggles. Before I started using plot graphs, I’d go off all over the place with each new shiny idea. Road mapping my stories has kept me on track. Sometimes I veer a little off road, but then I take the detour until I find I’m back where I need to be. I find that being less structured, but still having somewhat of structure, allows me to create and explore other ideas. 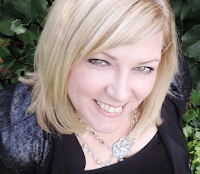 Brenda Drake is a New York Times bestselling author of Thief of Lies (Library Jumpers #1), Guardian of Secrets (Library Jumpers #2), Touching Fate (Fated Series #1), and Cursing Fate (Fated Series #2). She grew up the youngest of three children, an Air Force brat, and the continual new kid at school. She hosts workshops and contests for writers such as Pitch Wars and Pitch Madness on her blog, and holds Twitter pitch parties on the hashtag, #PitMad. When she’s not writing or hanging out with her family, she haunts libraries, bookstores, and coffee shops, or reads someplace quiet and not at all exotic (much to her disappointment).