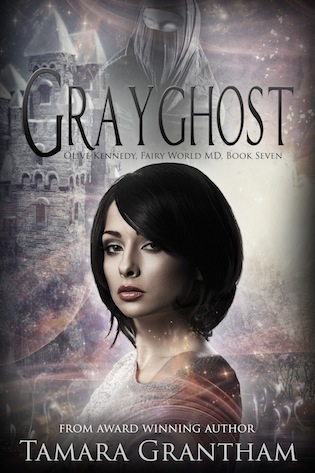 
The final installment in the epic Fairy World MD series by Tamara Grantham.


It’s been four years since Olive Kennedy sealed the portals between Earth and Faythander. Four years that she’s been living on Earth, working as a consultant to the Houston PD. It helps keep her mind off other things—like being separated from her husband and her dragon king stepfather.

Her ex, Brent Sanchez, works with her on the police force and helps her solve crimes. His friendship is a comfort—but also a reminder of what she’s missing. Everything changes when Olive discovers a broken mirror at a murder scene.

It contains magic, and although it shouldn’t exist, it could be used as a portal to Faythander. Dark forces are at work, and the one person she wants by her side to help her is literally a world away. Olive will stop at nothing to solve the murder and return to the only place she calls home.

Tamara Grantham is the award-winning author of more than half a dozen books and novellas, including the Olive Kennedy: Fairy World MD series and the Shine novellas. Dreamthief, the first book of her Fairy World MD series, won first place for fantasy in INDIEFAB’S Book of the Year Awards, a RONE award for best New Adult Romance of 2016, and is a #1 bestseller on Amazon in both the Mythology and Fairy Tales categories with over 100 reviews.


Tamara holds a Bachelor’s degree in English. She has been a featured speaker at the Rose State Writing Conference and has been a panelist at Comic Con Wizard World speaking on the topic of female leads. For her first published project, she collaborated with New York-Times bestselling author, William Bernhardt, in writing the Shine series.
Born and raised in Texas, Tamara now lives with her husband and five children in Wichita, Kansas. She rarely has any free time, but when the stars align and she gets a moment to relax, she enjoys reading fantasy novels, taking nature walks, which fuel her inspiration for creating fantastical worlds, and watching every Star Wars or Star Trek movie ever made. You can find her online at www.TamaraGranthamBooks.com.