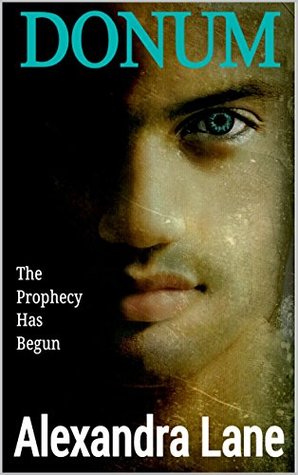 ( I received this book free form the Author in exchange for my honest review. )

I wanted to like this book, I had high hopes but it wasn’t for me.

I found it slow going; nothing of major important happens until the last 15% the story. The other 85% was background filler. Its goes through Teal’s life from birth to teenager. I believe that could have been condensed down into the first two or three chapters. For me it was too drawn out. In truth from the synopsis I had the image that the story was going to pick up right when Teal was 16 or 17. That he was going to be fighting this evil that moved into his town, as in he was already in the town when the darkness arrives. So the start of the book threw me for a loop.

In saying that, I did quite like the opening, and the way Noigel was portrayed. There was a closing scene where he went into the basement, there was no grand description, but the just the way it was writing gave me the creeps and simply made it sinister. There were a few scenes like that with Noigel, he was the king of being creepy; but, I didn’t get much else from him. This dark creepy king that was supposed to be that main antagonist, was benched for most of the story. It was like he was tossed in for effect every few chapters to remind us that he was, still there.

Teal, I have mixed feelings about him, as a kid he was cute as hell, very sweet and I don’t know, more into the role he was given. As Katy, (his mom) comes to terms with the fact that her son is gifted. She does all the rights things, seeks out help, gathers information and knows that she has to prepare him for what is to come. And then it times skips, to his teens, and well, I didn’t see any proof that Teal was prepared at all. In the last of it, he, well, just winged it. That’s something you would do if you MC doesn’t know anything and was just told, hey, you’ve been blessed by god to help fight agents evil, and all that jazz. I was confused and I felt it wasn’t addressed as it should have been. If I were Katy, I would've had him training his gifts from the moment he understand what training meant. And I would've keepings tabs on Noigel; I'm talking border line stalking. (I do not condone stalking in real life).

I didn’t much like Teal as a teen, he wasn’t, real to me. I didn’t feel much for him, and at times I found him a little annoying. And sadly he falls victim to the dreaded insta-love syndrome, that most YA's are famous for. Though I don’t know if this is a YA or not, because for a good chuck of the book Teal wasn’t even born yet, so it's like, Adult/YA/NA?

Well whatever this falls in, I was being constantly thrown off, mostly because there was so much going on, and not a lot done about it. The crime rate goes up; we’re given snippets of it. Teen girls have gone missing, raped and beaten. But, none of that was explored on; this was supposed to be a small isolated town. When something big like that happens in that type of community, everyone is involved, and not overlook like it would be in a big city. Not saying the police were overlooking, I mean the people; I grew up in that type of environment, so I know firsthand. How many times a week do you hear of murder or a missing child and don’t even bat an eye because it’s not someone you know. Those snippets, I know, were place for effect, to prove that the crime rate was going up; but at the same times I felt them unnecessary, and forced.

For the overall plot and flow, it was to me, slow and jumpy. I like books that aren’t too fast, but steady right out of the gate. I don’t like having to read almost the entire book before the plot gets underway, or reading about, a-day-in-the-life. This story spent too much time on mundane life events, too much time on character filler and not enough on the ends of days, armageddon, and Teal. To me before the half way point, the main event, the highlight, the grand explosion should be underway. The middle of the book should be pack with action, drama, and life altering events that gips you so hard, you think days have passed, when it’s only been a few minutes. This book failed to do that for me.

But, there is a but, this book isn’t overly bad. There were some emotional events that pulled at my heart strings. When Katy finds out his pregnant, after giving up hope, her emotions were real to me. I felt for her, and I felt a connection. In all, Katy was my favourite character.

There was another heart breaking scene between Teal and cotton, oh my heart, I love that dog. I won’t spoil it, because you just have to read it for yourself.

The overall concept of the book is original and quite unique. Normally we read about the events after the world has faced its armageddon or apocalypse, but hardly do we read about the events leading up to it. It’s normally backwashed or hardly elaborated on. Yes survival is important afterwards, but what about the people who survived to make sure there was an after? This is that story, the one that gets covered, trampled, and brushed over. For that reason I give this story a three star instead of the two I was planning on before I finished the whole book. I was dead set on the two until that last 15%.

I recommend this book, though I wasn’t knee on it, I believe that its uniqueness and originality will appeal to those, who are looking for the other side of that post-apocalyptic the story.

I would like to thanks Alexandra Lane for asking me to read this rare take on the end of days.