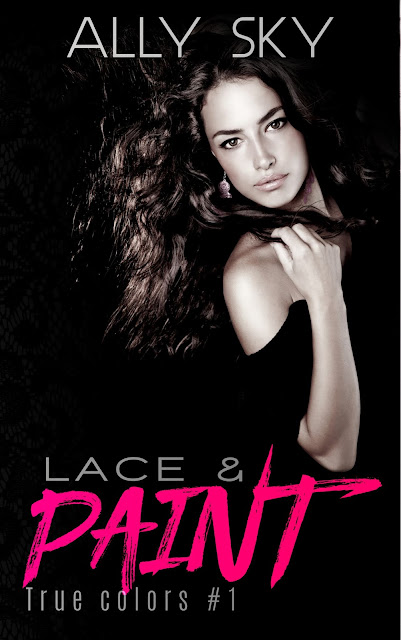 Some scars last forever...
All Talia Bloom wanted was to escape to London for a fresh start; a chance to slip away into a big city. A chance to live and breathe.
Moving in with her brother and using his basement as her studio, she finds a way to manage the urges and whims of her never-too-controlled bipolar disorder. She has it all worked out: stick to her routine and everything will be okay.
Ben Storm is not part of that plan. Delicious, secretive, and a sure recipe for addiction, he's a challenge to her carefully balanced lifestyle and the one thing that could bring it down.
As she slips into an uncontrollable obsessive need for Ben, she risks losing everything. Because when her demons take control, nothing can stand in their way and they have the power to destroy it all.
LACE & PAINT is a story of fragile soul fighting for her life, her love and her self-worth, and is the first instalment in the explosive True Colors series.
#AllySky #LaceAndPaint #Disorder #CoverReveal #Romance 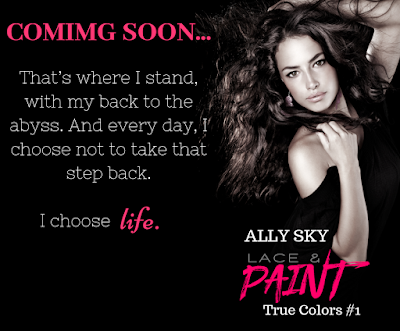 Ally Sky is the pen name of Israeli bestselling author Ayelet Svatizkty.
She lives in a small community called Kibbutz Yagur, with her husband, three children and three cats. Her debut trilogy was published in Hebrew in 2014 and became a bestseller with over 40,000 copies sold.
When she turned 23 she was diagnosed with bi-polar disorder and in 2017 she released her 8th book, donating the pre-order proceeds to the hospital that treated her two years earlier for cervical cancer, from which she fully recovered.
Heart in a box is her 9th book and the first to be published in English.
You can follow Ally on her Facebook page at https://www.facebook.com/AuthorAllySky where she shares her books, life story and journey with her readers. 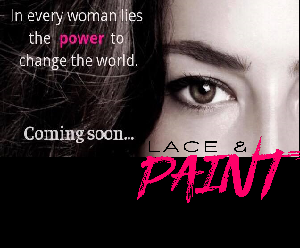