“Where shall I start?” asked Minotaur.

Ovid made an expansive gesture with both hands. “Where else but the beginning of course.”

Minotaur nodded his huge head. “Yes,” he said. “Yes,” his eyes already glazing over with the weight of thousand year old memories. And then he began.

So begins the story of Asterion, later known as Minotaur, the supposed half bull creature of Greek legend. Recorded by the famous Roman poet, Ovid, Asterion tells of his boyhood in Crete under the cruel hand of his stepfather Minos, his adventures with his friend, Theseus, and his growing love for the beautiful Phaedra.And of course what really happened in the labyrinth.

This is the true story of the Minotaur.

Asterion training with his brother, Androgeus

Androgeus moved in instantly for the kill. He knew my abilities by now, only too aware that I was much slower than him. He did, however, sometimes forget about my strength, which seemed to grow daily. Not only that, but he appeared a little confused by the club. He was used to facing me shield to shield, sword to sword. Normally, he’d use his usual tactics, blocking my shield and using his superior speed to strike like a snake.

This time he had no shield to block.

He thrust his shield forward. I knew what it was. A decoy. He thought I would attempt to block his shield thrust with my club, and then he would strike with his sword while I was distracted. This, I realized, would once again end in defeat. Instinct kicked in then. I did what came naturally. Holding the club in both hands, I swung mightily at his shield. A bestial roar emerged from my throat. I wasn’t angry—it just seemed like the right thing to do.

Nobody in the gymnasium that day expected to see what happened next.

By rights, the shield should’ve stopped my blow, at the very least deflect it. Instead, the club smashed into the shield with enough force to shatter it, blasting Androgeus off his feet. He lay before me stunned, looking up at me with what might have been fear. I felt confused. I wasn’t even sure what had happened. I had just channeled all my strength—strength I’d never properly used—into that one blow. I knew I was strong; I just didn’t know how strong.

I felt elated, invincible, powerful, but also I regretted that I’d possibly humiliated and angered Androgeus. Quickly, I dropped the club and extended a hand to my brother. He took it gratefully with a wry grin, and I let out a long breath of relief. He grasped my bicep with his other hand. It didn’t even cover a third of it.

“My, we are getting strong, aren’t we?” he said, clapping me on the back. 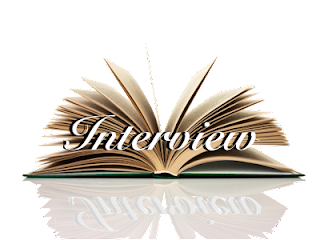 Lets start with, how are you this find day?

Great! It’s winter here so all this typing is keeping me warm.

Reading other books, watching movies, daydreaming, reading, reading, more reading. Sometimes, a clip on youtube might inspire a thought that goes off on a tangent somewhere.

My first novel was adult science fiction. I wrote that fifteen years ago (I think I was in my late 20s.). I sold my interests in the recruitment company that I owned with my brother. I used my brother's cabin in Wollombi (Australia) and wrote in isolation for a year. It was wonderful to have that time to write but the novel certainly wasn’t my best work.

Read. Catch up on sleep. Watch good movies. Drink wine. Eat good food. I enjoyed playing football (soccer) but I’ve had surgery on both shoulders now from overdoing things when I was boxing so don’t play anymore. Golf. Fishing. Before our son was born, I used to travel a lot and go trekking. I’ve trekked through Peru and Nepal.

My wife is very supportive. She knows that I have to make certain sacrifices in the weekends and during holidays to write. My son is 4 and is only just starting to become aware that daddy writes books. My brother and parents are interested but I try not to bore them too much.

What was one of the most surprising things you learned in creating your books?

That with discipline and dedication, I can write a novel in 4 weeks (although it almost kills me).

I’ve written over 50 chapter books and lots of educational resources. To date, I’ve written eight novels. I couldn’t pick one novel but it would have to be between RAPTURE, MINOTAUR, ARGOS or TITAN (the last one which I haven’t quite finished).

I wouldn’t say I’m inundated but I do have contact with my readers and I enjoy communicating with them. I always reply to emails or tweets. Some want advice on writing. Some want me to read their work. Others want to tell me how much they enjoyed my stories. I used to get a lot asking about scripture (from my RAPTURE trilogy).

A good hook or premise. An intriguing character –someone you wouldn’t normally expect to root for. Strong world building.

An archaeologist. I wanted to be Indiana Jones and for a time, I did pursue my dream. I worked as an archaeologist and museum curator for a few years.

What is that one weird quirks about yourself that no one else knows?

For quirks, I’ve got a few of those. I don’t like trimming my eyebrows and my little finger is double jointed.

If you had your time back what would you tell yourself about writing?

Don’t do it. No. I’d tell myself to start younger, to work harder at it and to write when all my friends were out partying. I wasted a lot of time and money in my youth on things I can hardly remember.

Last but not least,

Do you believe in ghosts? Or have you ever had an encounter with the other kind?

I believe in everything supernatural. We will never know for sure of the existence of ghosts so we can’t rule them out. I’m pretty sure I had an alien encounter once. I was driving down a deserted highway bordered by forests on both sides. I saw a light in the sky, spearing down through the clouds and onto a patch of forest. Perfectly stationary. I stopped the car and got out. Even though I was close by, I couldn’t hear a sound so it wasn’t a helicopter. I got back in the car and drove away -  fast.

Thank you for answers my questions

Phillip W. Simpson is the author of many novels, chapter books and other stories for children. His publishers include Macmillan, Penguin, Pearson, Cengage, Raintree and Oxford University Press.

He received both his undergraduate degree in Ancient History and Archaeology and his Masters (Hons) degree in Archaeology from the University of Auckland.

Before embarking on his writing career, he joined the army as an officer cadet, owned a comic shop and worked in recruitment in both the UK and Australia.

His first young adult novel, Rapture (Rapture Trilogy #1), was shortlisted for the Sir Julius Vogel Awards for best Youth novel in 2012.He is represented by Vicki Marsdon at Wordlink literary agency. When not writing, he works as a school teacher. Phillip lives and writes in Auckland, New Zealand with his wife Rose, their son, Jack and their two border terriers, Whiskey and Raffles. He loves fishing, reading, movies, football (soccer) and single malt Whiskeys.