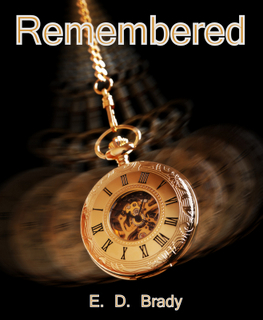 ENTER THE WORLD OF VISTIRA IN THE FIRST PART OF THE NEW ADULT, ROMANTIC FANTASY SERIES.

Emily's past is a mystery. Left abandoned on the steps of a police precinct as a young girl, she is unaware of the love she left behind in another world. When she seeks hypnotherapy to deal with haunting dreams of a handsome stranger, she is thrown into memories of being kidnapped and almost murdered.

Kellus's heart is torn apart by the strange and devastating disappearance of the only woman he would ever love. A secret kept from him as a child turns out to be the catalyst in a devious plot to control the world of Vistira. But first, the power-hungry Dinora, aided by the traitorous Lionel, needed to eliminate the one woman who could prevent them from bending Kellus to their will.

With the help of their family, the young couple must find a way back to one another and end the threat posed by their enemies, not only for their own sakes, but also for the safety of their entire world.

Get your COPY TODAY
Amazon

( I received this book free from the author in exchange for my honest review. )

A fun fast read that I couldn't put it down once I stared. Everything from the character building to the world itself. This story was filled with vivid texture and a solid foundation that stayed true throughout the story.

I never felt lost or confuse, a few times I was biting my nails and trying to keep my heart from exploding from the suspense.

I don't want to give anything away. I always find that the hardest when reviewing a mystery. You want to give a clue, but in the end you'll probably end up spoiling the whole thing.

I loved Emily, for one her name is Emily :P, but I found her intriguing. Shrouded in a mysterious past, left abandoned as a child, without her memories she had to cope with trying to understand how to live, function without the support or love ones. I was hooked on her, on her story. You just want to know more and more about her, and what happen to her to be left with the police. Again I will not give anything away, you'll just have to read this wonderful story in order to solve the mystery that is Emily.

The twist and turns, the love and mystery, will keep you reading, biting your nails and most of all, have you engrossed for hours until you get to the end, to see it solved, to understand what happened, only be left feeling sad because it's over. But, this is the first book to three part series.

I will be picking up the second book. I can't wait to start reading and be pulled more and more into Emily's world.

I highly recommend this book. It's everything you every wanted in a fast pace, heart gripping mystery that will have you on the edge of your seat, and get those feels burning.

I would like to thank E.D. Brady for giving my the opportunity to read that outstanding work of fiction.

Happy Reading
Interview
Today I’m lucky to be interviewing E.D. Brady, author of Remembered (The Vistira Trilogy #1)
Hello E.D and thank you for agreeing to this interview.

1. Did you always want to be a writer?

It’s funny because I always loved making up stories for my friends but actually never considered being a writer. It wasn’t until the story of Vistira started haunting me that I finally decided to write it all down.

2. What was your inspiration for writing Remembered?

The story just started unfolding. One day I woke up with an idea and just let it run from there.

3. How did you decided on the book title / book cover?

In the beginning of the novel, there is much to be ‘Remembered’ so I thought a simple title would be appropriate and right to the point. The cover plays with the concept of time, much like the novel. Also, I thought that the stop watch looked kind of like a device used by a hypnotist which ties into the story.

4. How long did it take you finish writing Remember?

The first draft took about six weeks, but that was non-stop writing (I think I actually lost a few pounds from refusing to leave my computer long enough to eat). By the time I did edits, then rewrote the whole story from a different prospective, I’d say around three or four months.

5. Did you encounter any writing blocks, or have to restart because the story because it wasn’t going the way you originally planned? Or did you just go with the flow?

I originally wrote the story in first person, but as it progressed, I didn’t really like being the voice of Annie anymore. I wanted her to have her own voice. I had to rewrite the entire story from third person which was a blessing because in the third book of the trilogy, I had to follow two different characters and would never have been able to write that ending had I started the series in first person.

7. Who is your favorite character, and why?

I’m completely in love with Kellus. I think I wrote him as the ultimate guy – at least for me.

8. Do you have a writing ritual, or any special things you must have or do, in order to get into the writing mood?

Not really. I don’t force myself to write all the time. I only write when I have a specific story I’m working on. Once I start, I don’t want to stop until I’m all done, then I could take a few months break until I get another idea.

9. Remembered, being your debut novel, when released, where you scared about the public’s reactions?

I was terrified about what others would think. Now I know better and I realize that some people will love your story and others will hate it. I hope that people will like my work, of course, but it doesn’t have the same effect it did at the beginning.

10. What did it feel like to finally have your story published and out into the world?

Well, with Remembered, I knew I wasn’t finished so that was a great feeling. When I finished the Vistira Trilogy though, there was a little bit of sadness, like I was leaving friends behind. It took me a while to be able to move on to other stories.

11. How did it feel to hold your book for the first time in print?

OMG, are there even words to describe that feeling? It’s such a rush to hold something that you created in your hands. To say the emotion is pride would be an understatement.

12. If you can give one piece of advice to a new author, or an individual that is thinking of wiring, what would you tell them?

Please just do it! If there’s a story inside, let it out. Don’t even worry about whether anyone else will like it or not. It’s your story to tell and believe me, you will find an audience.

13. Totally left field, but who was your child hood hero? Mine was Zorro.

Ah, I love Zorro. I’m a total Star Wars nerd, always have been, so naturally I adore Princess Leia. She was such a badass back when it wasn’t that common for females to be that tough.

14. Outside of writing, do you have any hobbies, special talents?

Is drinking a whole bottle of wine in under three hours a special talent? Seriously, I enjoy hiking. I can juggle also. I learned as a small child. It’s a pretty useless talent but my kids got a kick out of it when they were little.

15. What’s you opinion on clowns?Evil creatures sent form hell to forever scare the crap out of us, or, happy jolly things, meant to bring smiles and happiness to children and people everywhere?

Thank you letting me interviews you today and I hope you have a marvellous day.

E.D. Brady spends her days writing and reading while listening to classic rock music (occasionally with a glass of red wine). She published her first novel, Remembered, in December of 2012, and the two follow-ups of the trilogy shortly after.